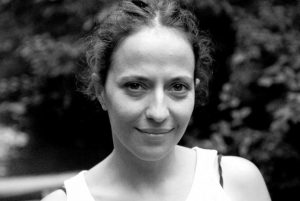 Svetlana Hovakimyan was born in 1974 in Armenia, Yerevan. In 2003 she graduated from Yerevan State Academy of Arts. Since 1996 to 2009 worked as a painter/designer at “Armenfilm” cinema studio. Since 2010 is a painter/designer at cartoon studio “Robert Sahakyants Production”. Started writing since 2010. Has got three novels and a short story collection all unpublished. Is working on a new novel. In all her works Hovakimyan is touching upon gender issues, parenting and relations between parents and kids – complicated and strained.

Plant Sang About the Stairway from Heaven, novel, 2016